Is there anything that compliments a piece of perfectly smoked meat better than a side of crispy hush puppies? They were one of my favorite food discoveries when traveling through the South. So, after returning home to New Zealand, of course I had to try to recreate this delicious barbecue side! The following hush puppies recipe is what eventuated. It quickly became a favorite among our friends and family and yours are sure to love it too.

If you’ve never tried cooking hush puppies at home, they’re easier than you’d expect. You’ve probably even got most, if not all, of the ingredients in your cupboard already. Less than 10 minutes prep and you’re ready to fry your first batch.

Each time I’ve made these, I’ve found that I need to adjust the consistency a little by adding extra milk or flour. The ideal consistency is thick and stiff while still being a little sloppy. If it’s looking like pancake batter, just add a little more flour until it thickens up. However, if it’s too dry, mix through a tablespoon of extra milk.

If you don’t have a deep fryer, don’t worry, you don’t need one to make this recipe. Instead, just use a pot with reasonably high sides and a metal slotted spoon to flip and remove the hush puppies once they’re cooked. If you don’t have a thermometer to check the temperature of the oil, simply drop a very small piece of batter into the pot. It should start bubbling straight away. If not, wait a little longer before retesting.

While hush puppies are best served straight away, they do keep quite well in the oven on a low to moderate temperature if you’re not quite ready to serve.

Perfect to serve as an appetizer or a side at your next barbecue, this hush puppies recipe is a total crowd-pleaser! 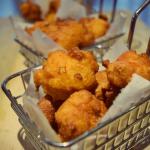 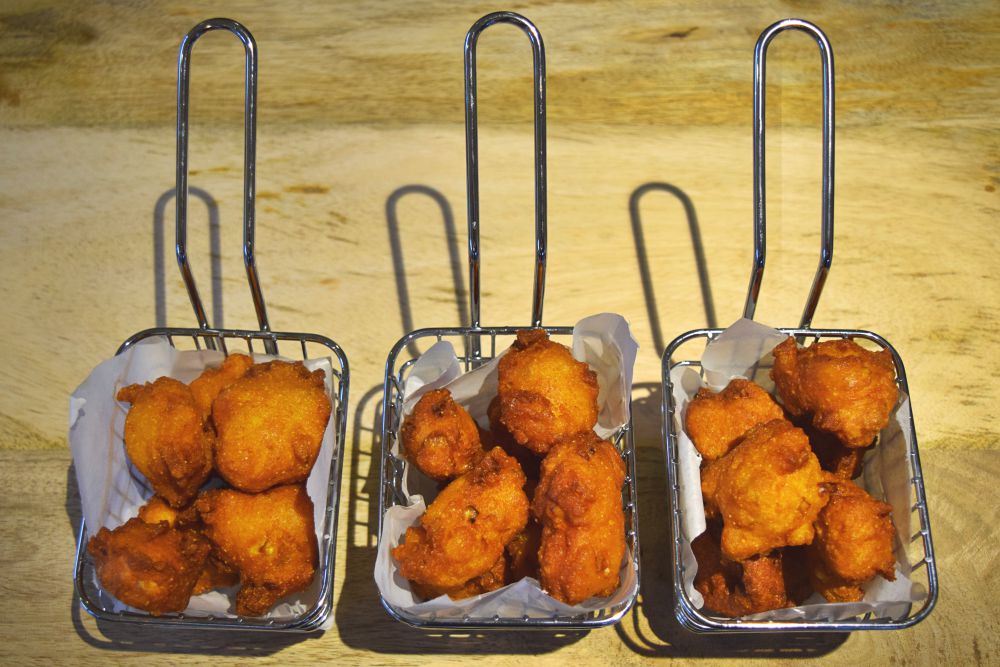 11 Best Smoker Cookbooks To Up Your Barbecue...

Burning Brisket Ltd is a participant in the Amazon Services LLC Associates Program, an affiliate advertising program designed to provide a means for sites to earn advertising fees by advertising and linking to Amazon.com.